Deciding on the particular cut of meat to buy can be a tricky task for anyone. The beef comes in many diverse parts, which can be confusing, especially if you’re unfamiliar with the different cuts of beef. Their size and tenderness are among the common factors used to determine quality and pricing. Where the cut has been obtained is also another major factor to consider when buying meat.

Essentially, there are many different beef cuts. Knowing them and how to use them can help you decide what to purchase. Having the right cut of meat can also enhance your cooking options while avoiding costly mistakes. Some cuts require low and slow cooking, while others can easily and quickly be tossed into the smoker.

Though there are many cuts of beef, it’s important to note that it’s divided into only eight primal parts. The rest are subdivisions from these eight parts. Butchers have mastered the art of cutting up the eight pieces and coming up with these many subdivisions. Each cut’s price, flavor, fat content, and tenderness are all controlled by the attributes of the primal cut from which it was derived.

What Is a Primal Cut?

A primal cut is the separation of the meat pieces during the slaughtering of an animal. They are mostly cut down into smaller pieces, referred to as sub-primal cuts. These are the smaller pieces often found in supermarkets, groceries, or outlets.

The eight primal cuts of beef are:

This is the cut obtained from the shoulder and neck of a cow. It is a preferred primal cut, with many pitmasters going for it. Many love it for its rich natural flavor, which enhances the smoking output. It’s also a reasonably priced cut that won’t harm your pocket. In addition, it’s an easy to prepare cut that requires low and slow cooking.

From its name, it’s a primal cut from the cow’s ribs. Rib cuts are known for their softness, fatty marbling, and distinctive flavor. Ribs are more expensive than other cuts and are best slow-cooked rather than broiled. Only six pairs of ribs on a cow are listed in this area, with the remaining are classified with chuck and short plate. Ribeye steak, beef short ribs, ribeye roast, cowboy steak, ribeye filet, and back ribs are examples of rib component cuts.

The loin is found near the top of the cow, slightly below the ribs, farthest from the horns and hooves. The loin, commonly separated into two portions, the sirloin and the short-loin, is the most tender and expensive cut of beef. The flesh tends to be soft since the muscles in this region aren’t overworked. While the sirloin is slightly tougher than the short-loin, it is thought to have a better flavor.

The round primordial region is a lean, low-cost cut. It’s a rough cut of beef that’s found around the cow’s hind legs. Because of the leanness of this cut, it’s vital to understand how to prepare and thoroughly cook the different piece cuts of this primal region; some require high heat cooking (such as the top, bottom, and eye round portion cuts), while others require gradual cooking (like rump and eye roast).

Round steaks, the eye of the round, tip roast, tip steak, top round, and bottom round roasts are the most common round cuts available in supermarkets.

The flank is a primal beef cut obtained from the part immediately after the loin. It’s a muscle-dominated region with no bones, but it’s tough. However, the secret lies in the cut’s intense natural flavor. This makes it a highly sought-after cut of meat, leading to an increased price.

A primal brisket is every pitmaster’s favorite cut of meat. It’s popularly known for its high fat concentration and tough texture, making it the ideal cut for a barbecue session. Brisket requires low and slow smoking with the fat helping to enhance its tenderness and juiciness. It’s also highly recommended you marinate a brisket to tenderize it before tossing it into the smoker.

The brisket is divided into either a point or flat brisket. The difference comes in that the flat has a leaner quality.

The shank is the toughest and cheapest piece of meat. You can find this cut in front of the brisket near the cow’s forearm and it is known for its sinewy dryness. Shank is not commonly found in retail outlets due to its lack of appeal. If you can locate it, it’s an excellent low-cost alternative for beef stock or lean ground beef. It’s best smoked for a lengthy time with moist heat because of its dry character. 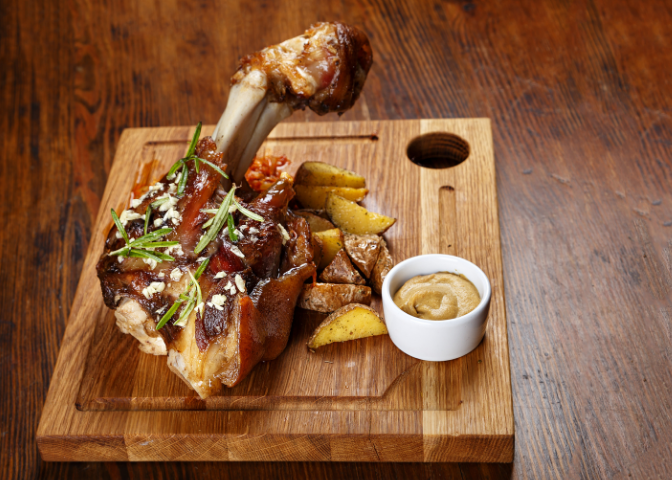 A short plate comes from the cow’s belly, just below the rib primal. Plate cuts have a tighter grain structure and are fatter than rib cuts, so they have a better quality-price ratio. Skirt steak, short plate ribs, and hanger steak are short-plate cuts.

In summary, having background knowledge of the eight primal cuts will make it easier for you the next time you visit the grocery store for some beef.

Interested in checking out a few more articles about beef? We’ve got you covered:
Directions To Smoke A Beef Crown Rib Roast
3 Lesser-Known Cuts of Beef that are Perfect for Smoking
How to Cook the Perfect New York Strip Steak

You can check out more Bradley tips and tricks for food smoking on the Bradley Smoker blog.